The Value of Design, Jim Rokos This guest blog article has been written by Multi-Award Winning Designer Jim Rokos. Footprint are in collaboration with Jim who will be speaking at our next Footprint Xchange event on 20th June at the Lyric Studios, Hammersmith. Make sure you reserve your space for this fantastic free event.  http://footprintscenery.co.uk/footprintxchange/

Dyslexic Design was an exhibition curated by industrial designer Jim Rokos, which explored the connection between dyslexia and the creative industries. The project celebrated dyslexic designers’ work during the London Design Festival last year. Jim is passionate about challenging perceptions of dyslexia by accentuating its positive effects and close association with design. 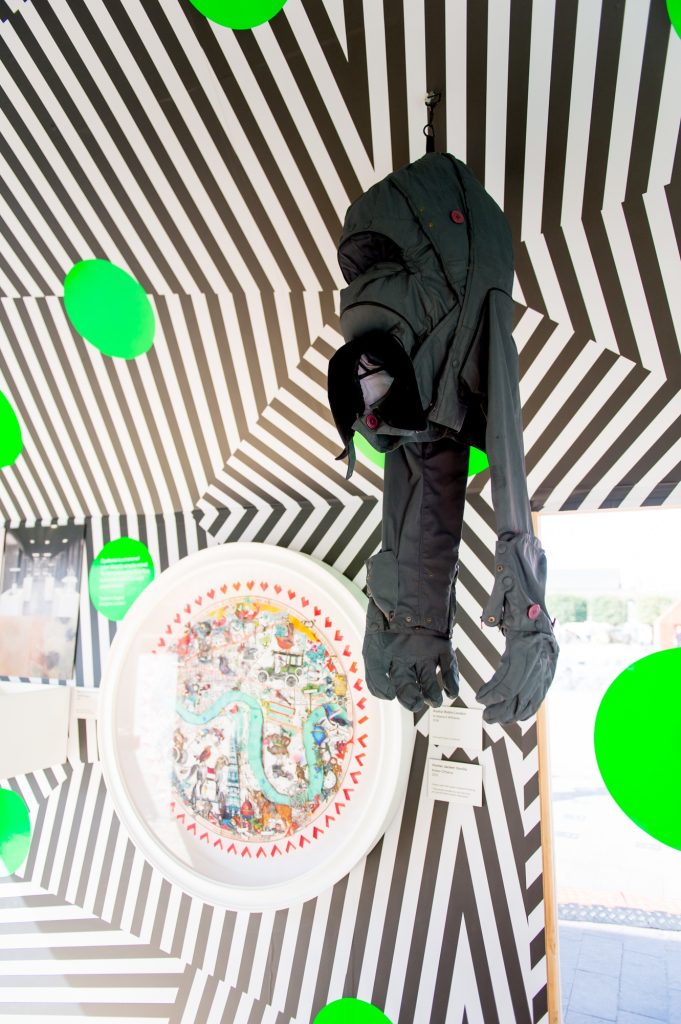 An egg shaped wine decanter, a jacket that can take on the form of a gorilla, hand stitched illustrations that must be drawn backwards…

These objects are designed by people with dyslexia. They are all among the treasures that were featured in a micro-exhibition that I curated last year at the London trade show designjunction, during the London Design Festival: Dyslexic Design illustrates that people with dyslexia aren’t suffering from a so-called learning disability. Instead, because their minds process information differently to most of us, their work is enriched, and possesses each designer’s own idiosyncratic style.

It all began after the Christmas of 2015. I was driving back from seeing my cousins in Yorkshire. I tuned into LBC, a London-based national talk and phone-in radio station, which had invited listeners to call in and share personal stories about dyslexia. I was excited to hear what people would say, as I am dyslexic and had not heard much about it in the media. But callers were only complaining about their children’s difficulties, and parents to be were wishing their children will not be dyslexic. No one mentioned the gifts that can come hand in hand with dyslexia. I found this stigma insulting but by now I wasn’t in the right frame of mind to phone in myself and say how good it can be to be dyslexic, and then a caller told of a sperm bank that refused donations from people with dyslexia.

People with dyslexia are naturally visual and think three-dimensionally. Dyslexia is an asset in our design world. This is where it becomes useful for an industrial designer or a space designer. It’s just very easy to manage these shapes and play with them in our minds. I instinctively knew that people with dyslexia can identify solutions to problems that others might overlook and wanted bring balance to the radio show’s perspective. So I started putting together the exhibition, to show the different dyslexic gifts – in particular, lateral thinking, visual thinking, three-dimensional thinking and problem solving. 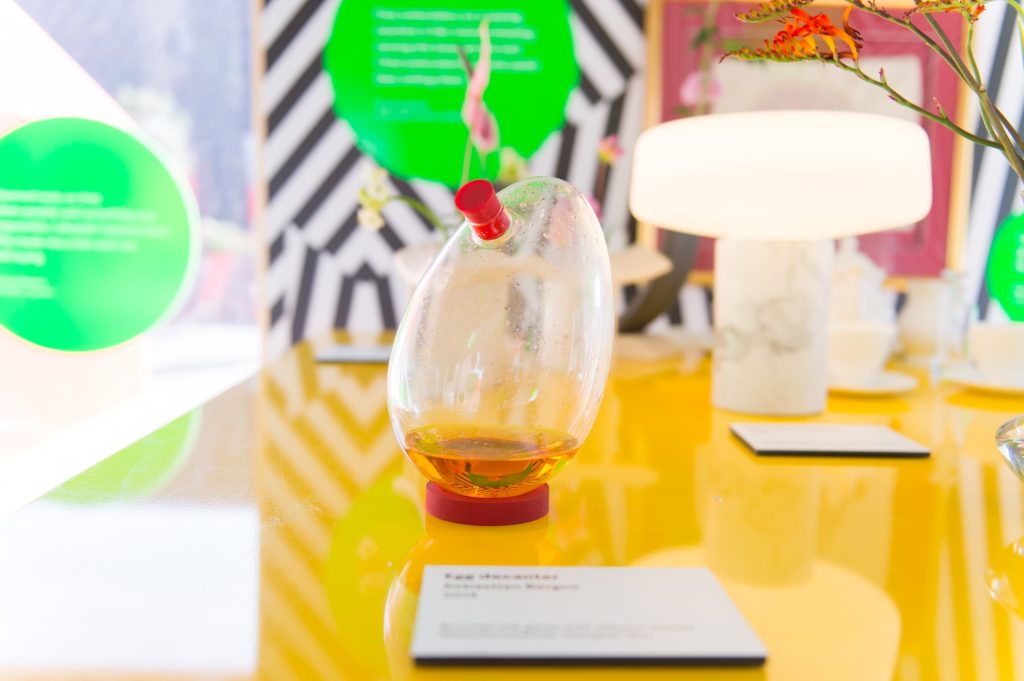 Egg- Sebastian Berge
For example, Product designer Sebastian Bergne’s tilting, egg-shaped wine decanter looks like it might fall over. Other designers would not dare to produce this shape for fear of it falling.

Playful environment designer, Ab Rogers, designed our exhibition space, which held all these works together. The black and white stripes, which covered the walls and ceiling, were inspired by the Dazzle ‘camouflage’ patterns, used to decorate war ships during World War I. The ships would give the impression to be going in a different direction to the one in which they were actually headed and so confuse the enemy and avoid the attack. Perhaps the pattern’s disorientating effect and lateral solution to a problem, is a metaphor for dyslexia in some way- dyslexics will look at things from surprising angles. I was very interested in how effective the design was as a background for the works. Whilst the background could be disorientating, the works themselves stood out distinctly from it and took centre stage. 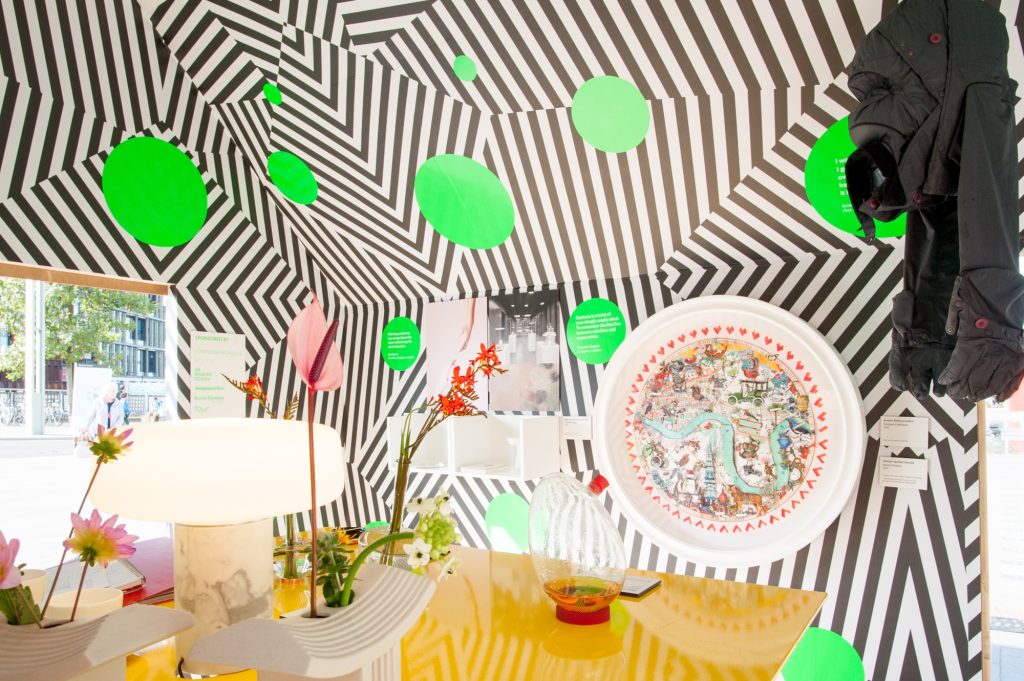 The exhibition surpassed my expectations. During the five day festival, our space was always very busy. Both dyslexics and ‘lexics’ were very interested. Some were touched. Others were moved. We made international press and a teacher from a dyslexic school in Italy read about the show and a group flew over to visit us – we gave the kids a personal tour and they engaged with all exhibits. Several of the designers said that the show cleared up some things for them personally.

We look forward to seeing you at the next Footprint Xchange.