From Model Box to Stage – A technical Perspective The summer saw Footprint’s return to Hampstead Theatre, building Tim Shortall’s set for Prism, starring Robert Lindsay and Clare Skinner. Terry Johnson’s witty and poignant play is based on the extraordinary life of Oscar-winning cinematic master Jack Cardiff, who was known as ‘the man who made women look beautiful’.

Surrounded by memorabilia from a lifetime of ‘painting with light’,  Jack is to complete writing his autobiography, which becomes ever more difficult as in later life Jack suffered from dementia and would rather live in the past than remember it.

Designer Tim Shortall’s set was described by Ann Treneman, writing for The Times as ‘…a thing of wonder with a huge Technicolor photographic backdrop. The garage wall photos come alive and there are some beautifully lit paintings (Cardiff loved lighting in any form, including chiaroscuro)’.

Footprint have worked with Tim previously on Max Stafford-Clark’s This May Hurt a Bit, and it was great to collaborate once more. The dream team was completed with Pam Nichol, Production Manager of Prism and Footprint’s Production Manager, Jen Patterson.

Jen recalls the intricate, and technically challenging set, with this insightful case study, starting with working drawings which show the upstage wall consisting of a practical garage door and 10 practical TV screens. The wall had to be flown during the performance with the Garage door open and then returning with the garage door shut. 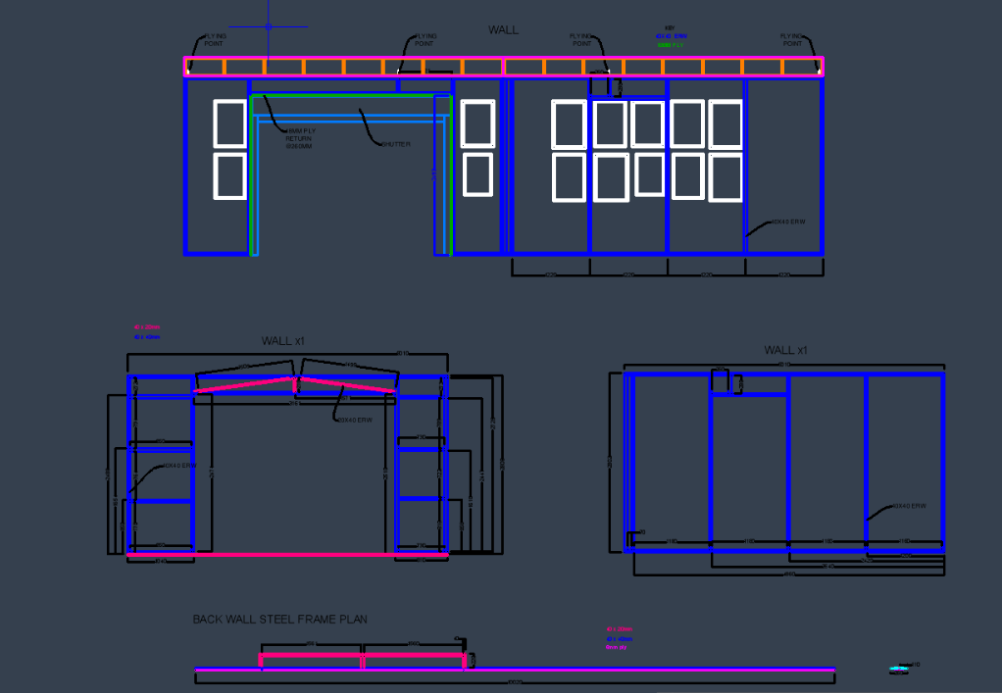 The garage door was the main challenge,  ‘First things first, we had to find an electric garage door that both aesthetically and practically met the brief. The opening scene involved the garage door being opened by the lead actor, stopping at specific points – a particular wish of the Director. Essentially we needed a good looking, made to measure garage door which we would need to adapt so that we could get the door to do what we wanted, when we wanted.’

Working closely with Pam to deliver the technical challenges of the set was key to a successful result. ‘When it came to designing the framework for the wall, we had to find a system that was both lightweight, yet rigid enough to be flown with 500kg weight on it. We used 40×20 ERW on the edge, reinforcing the corners and putting in supports where possible. As the opening garage door was pretty big it would want to twist when flown. We therefore had to include a fairly hefty threshold strip, especially as we were lifting from the top of the framework. Tim integrated this into the set by designing this as a strip of poured concrete.’

‘As is all too common in life we were constantly battling the weight of the wall, every piece of material and hardware had to be considered. Our pick up points were at the top so welding extra gallows brackets onto the top of the wall gave us additional support.’ 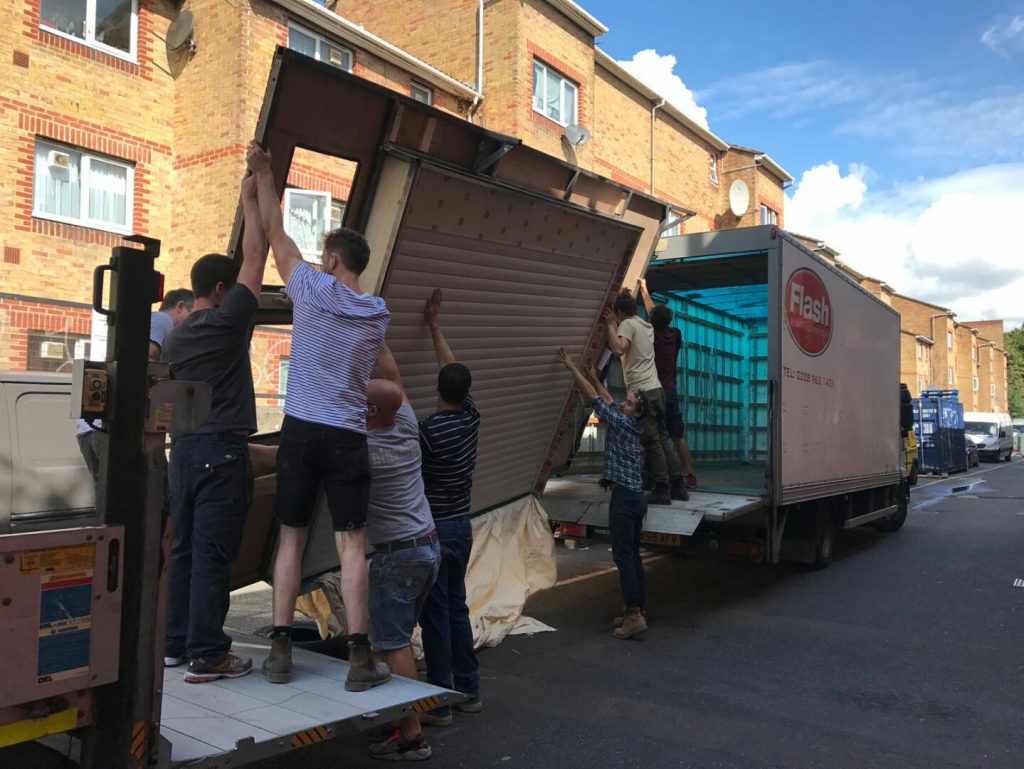 ‘At 10 x 3 metres and the total weight of around 650kg, the wall was an absolute beast to transport from our workshops. It was top heavy and each half had to be loaded with the use of 2 tail lifts and 3 workshop teams.’ 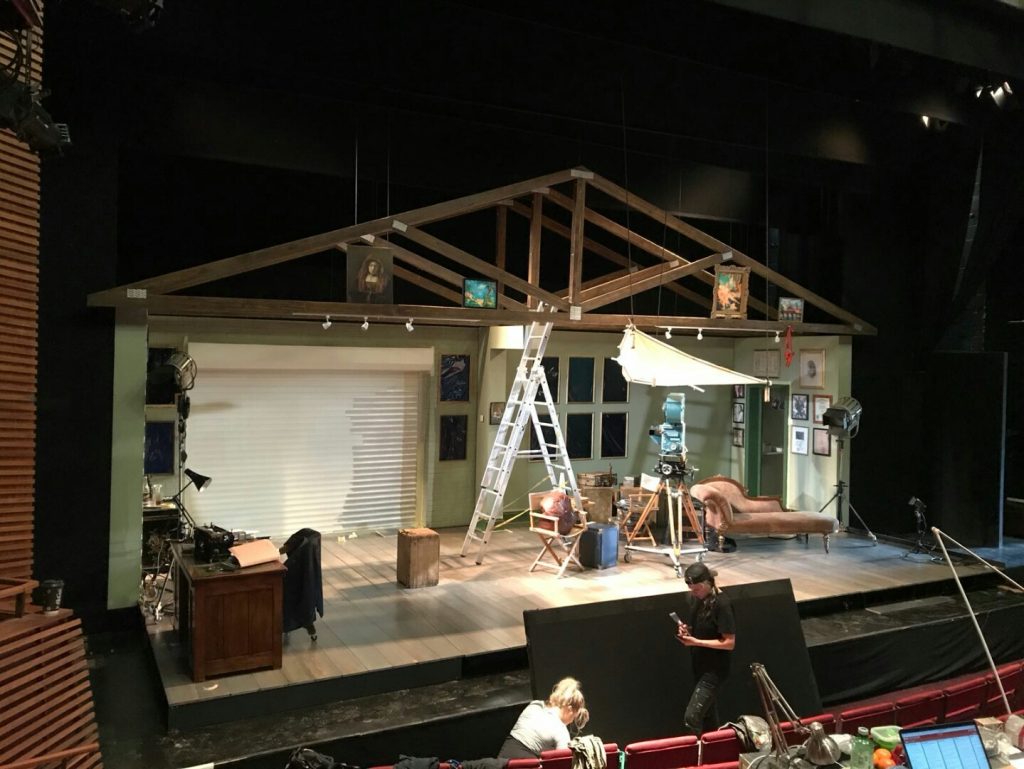 The end result looked amazingly similar to the original model box. With the job delivered Jen reflects that her attention to detail has paid off especially when it came to our rigorous health and safety implementation . ‘After weeks of planning, building and considering it was installed and flew safely as required’

Footprint were delighted to create this theatre set for Hampstead Theatre and to be doing what we do best, delivering fantastic sets for many theatres around the country. 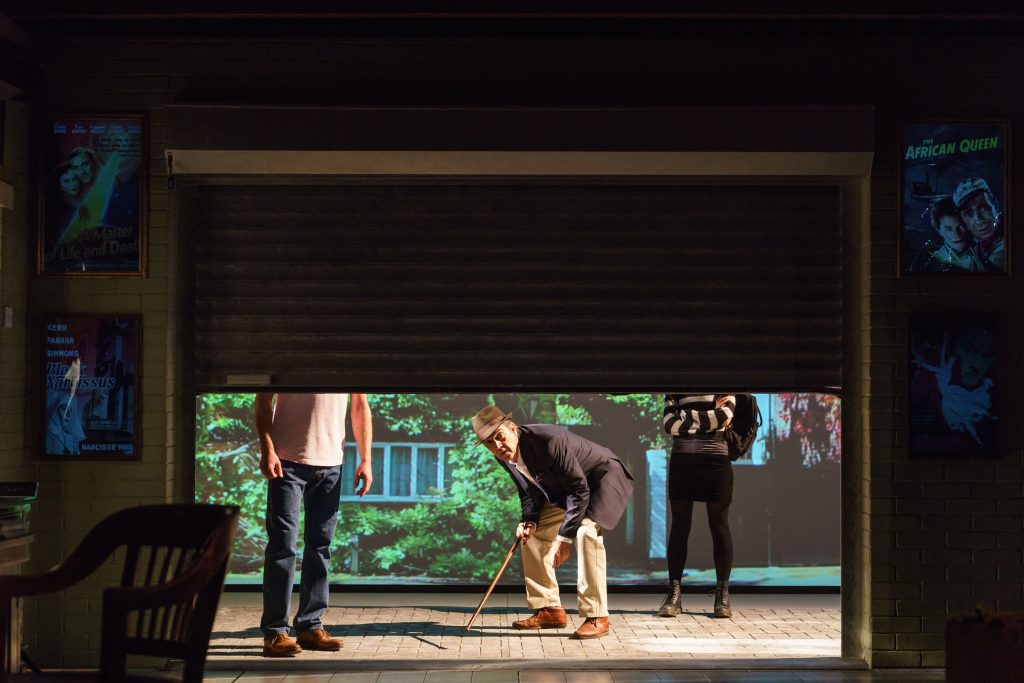